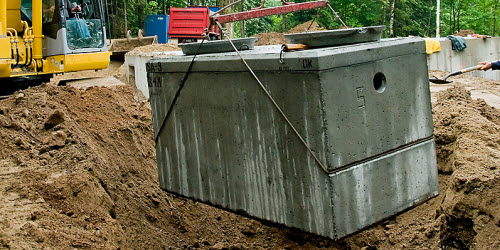 On June 11, 2019, the Sonoma County Board of Supervisors took action to meet State mandated septic system regulations that protect water quality and public health. The Board authorized submittal of a revised Sonoma County Local Agency Management Program (LAMP) and the OWTS Manual to the North Coast Regional Water Quality Control Board. It is anticipated the Water Board will considered for approval during their August 2019 board meeting.

The proposed OWTS Manual that was considered by the Board of Supervisors on May 21, 2019. It incorporates feedback from the public.

The OWTS manual is a compilation of historical regulations updated to comply with current State standards. We have created one document that meets the requirements of the State Water Resources Control Board, while allowing permitting to remain as streamlined as possible, and thank everyone for your input.

Over the past couple of years, the County has met with interested parties and the general public on various occasions. In addition to the outreach meetings, Permit Sonoma has welcomed comments in written form. Below is a compilation of these comments, as well as those from the North Bay Association of Realtors (NORBAR) and the Sonoma County Farm Bureau. Please note that each comment has been reviewed, considered, and provided with a response. Responses ranged from acknowledging the comment with no edits to the draft manual, with proposed edits to the draft manual or taking the comment under consideration for a later version.

Read public comments and feedback on the OWTS Manual along with staff responses:

The County of Sonoma is updating County regulations for septic systems in order to meet state mandated policy that protects water quality and public health. Permit Sonoma invited the public to attend community meetings to share feedback on the proposed Onsite Wastewater Treatment System (OWTS) Manual. The community meetings were held in September and October 2018.

The main differences from the County’s current septic system regulations in the proposed manual include: